Trecastle resident and artist Robert Poole has an exhibition at the Tower Gallery, Crickhowell until 12th November, open 11am—4.00pm.
He describes himself as ‘a Cardiff boy through and through’. He was born in Cardiff in 1938, went to Cardiff High School and then studied at Cardiff School of Art and Cardiff University where he specialised in illustration. After college he moved out of Wales and spent a career teaching art in high schools, first in Tunbridge Wells and then Gloucester and the Forest of Dean. Throughout this time Robert sketched the people around him. His first influence, obvious enough in his drawing, was the cartoonists in Punch magazine which he devoured as a boy. But then he was captured by the Post-impressionists such as Toulouse-Lautrec.
Several other distinguished local artists, sculptors and printmakers are exhibiting alongside him, making for a varied and inspiring visit. 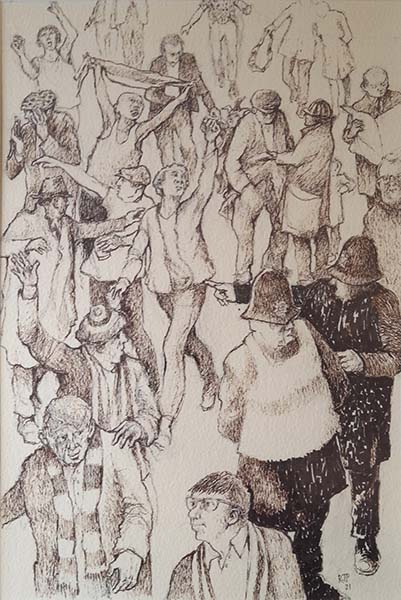 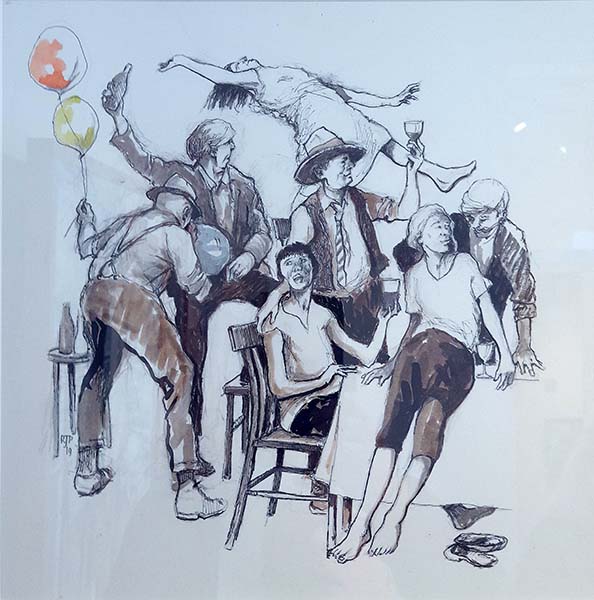 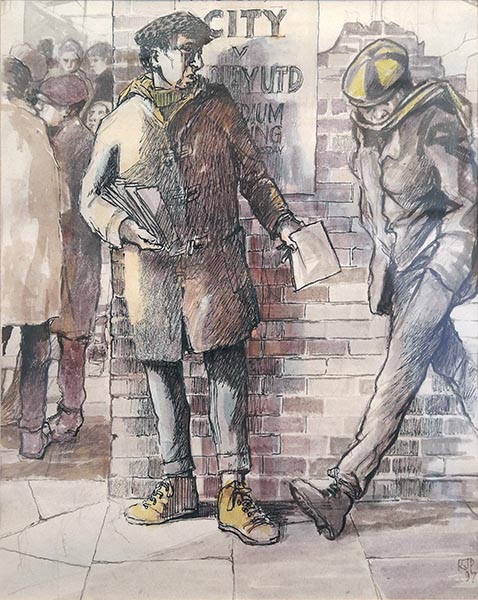 You might also like
One of the following
Jackson’s Painting Prize 2023
Sex, psychos and sharks: did Britart change the world?
What Is An NFT? Non-Fungible Tokens Explained
Recent Posts
Recent Comments

Sex, psychos and sharks: did Britart change the world?