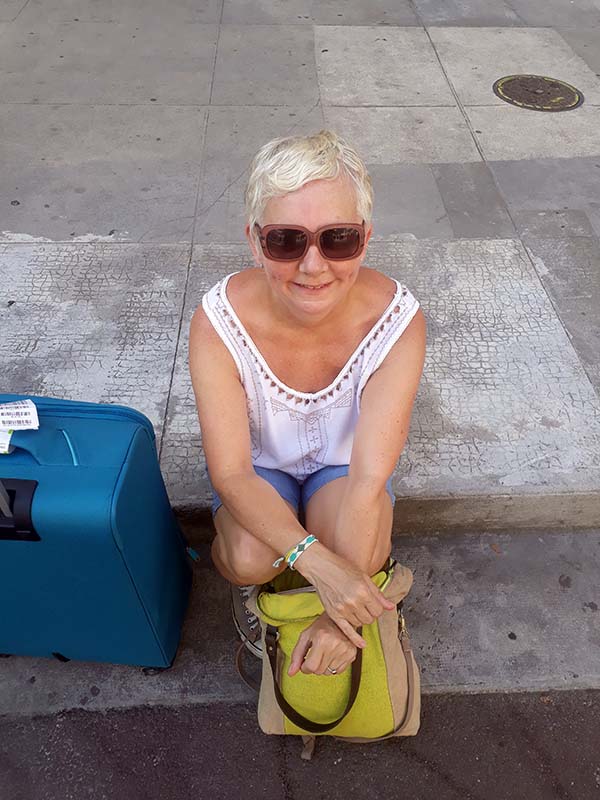 I was born in Swansea in South Wales in 1960. Growing up in the lush countryside of the Gower Peninsular was very inspiring and I loved the changing seasons, the nature and the coast with its beautiful beaches, there was always something to draw and capture my imagination. I studied illustration at Swansea Collage of Art and then won a bursary to go to St. Martins School of Art in London to study advanced graphics at post graduate level.

I have worked as a freelance illustrator and surface designer for over 30 years working from my studio in central London. My work has featured in many books and magazines as well as on packaging and greetings cards.

My paintings are mainly still-life, mostly staged groups of objects from around my home. There is a design element in the layout and I like to use bold areas of flat colour, framing more detailed areas by reflection. As a child I had a glass menagerie and was attracted by the transparent nature of the glass, the layering and what happened to the colours when they were overlaid. Watercolours later allowed me to replicate the qualities I loved so much as a child. I also like to use doll’s house furniture in my painting as it helps create a sense of proportion and a story.

After spending last summer looking at impressionist art in Paris I wanted to try and combine my more realistic style with something more simplistic and almost naive. Experimenting in flatter block colour has been a theme for me this year.

Recently I have been painting the land beside the sea, the shore itself. It always takes me back to my childhood. They are about a kind of place rather than a particular place. Colour is very important to me and my paintings start with my feelings for a place, the colour is the mood.